In part one, see below, I wrote about the film cameras I used growing up.  As an adult, I was introduced to digital cameras.  In the beginning, they really could not compare to film.  With comically low resolutions, as low as 320×240, they were useless for prints.  However, once the ball started rolling, it never stopped. 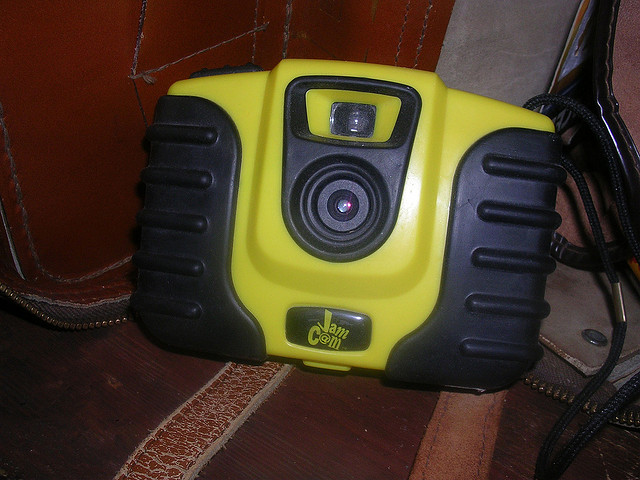 The JamCam 2.0.  Our first digital camera.  More or less a toy, it could take 320×240 or 648×480 photos and store them in internal memory.  It could store up to 8 photos at ‘full’ resolution.  I, however, don’t regret getting this camera and have some fond memories of taking photos with it.  Very rugged and I don’t think we ever changed the batteries.  Optical viewfinder with just an 7 segment lcd on the back showing you how many shots you had left.  Serial RS-232 interface with no memory expansion.  The 3.0 version could have MultiMedia card, but our version did not.  Owned from early November 1999 to late April 2000.  Even then we knew at the time the photos were just unacceptable and the camera was soon replaced with an I/O magic MagicImage 500.

Luckily, it looks like we took photos at the Museum of Science and Industry Chicago with most of the cameras we have owned over the years, so you can really see how far the technology has come.  Only outdoor shots looked halfway decent, and color reproduction was very poor in low light. 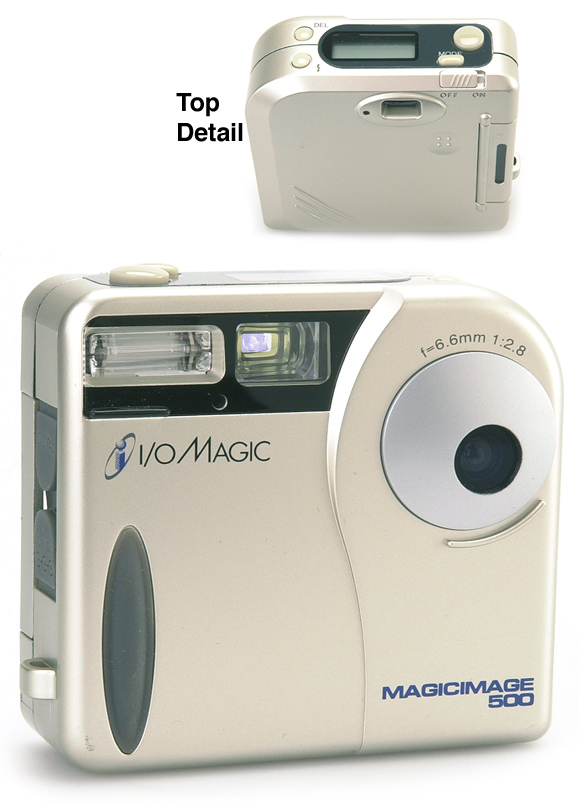 Our next camera (in case you are wondering, us means the wife and I) was an I/O Magic Magicimage 500.  A big step up from the JamCam.  0.8 mega-pixels native, 1.3 interpolated.  The flash worked well and the image quality was somewhat acceptable for web images, with the possibility of printing actual photos with it.  We took many photos with the camera, and, luckily it was expandable with 3.3V Smart Media cards.  It could also take macro photos, for the first time.   It used AA batteries, and had decent battery life without the flash.  Used as primary camera from April 2000 to November 2000.

The photos are better, but still not what I would call printable.  In November of 2000, we bought our first non toy digital camera, the Olympus C-3000.  More on that in the next post.