I have on a bit of a hat bender in the last few months.  Funny, I never thought of myself as a hat person, but after getting my ears and back of my neck burned one too many times, broke down and got a hat.

As a bit of clarification, baseball ‘hats’ are actually caps.  What’s the difference?  A had has a brim that goes around the circumference of the head, a cap has only a brim or bill that covers part of the circumference, ideally to protect the eyes, but often worn backwards for fashion.  What I got was a hat. 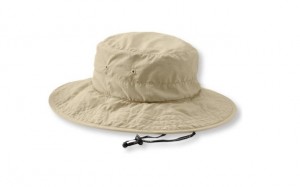 An L.L.Bean “Adventure” hat.  Technically, it is a Boonie hat.  It is a commonly worn by military forces around the world during the summer months.   It provides great protection from the sun, is lightweight, and in this version, insect resistance.  A great, informal, working hat that gets the job done.  But, the madness didn’t stop there. After building up confidence wearing this hat all last summer, I decided to take the plunge into a fedora. 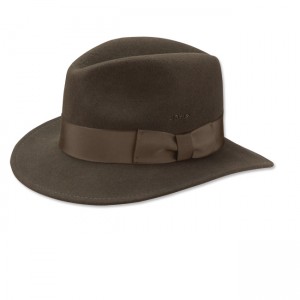 An Orvis Packable Felt Fedora.  I needed a had for the fall and winter months and I wanted something I would not have to baby.  Enter the felt fedora.  This is another hardworking hat with some class.  It is made from Lite Felt, which is tough, waterproof, and allows the had to return to its original shape, even if it is crushed or packed away.  It is a nice, surprisingly light hat that I have gotten many compliments for and the occasional jibe asking where my bullwhip is at.   The bow dresses up the hat, giving it a more formal, but not too formal look.  For fall and winter it is great, but with this early spring, I needed just one more hat, a panama. 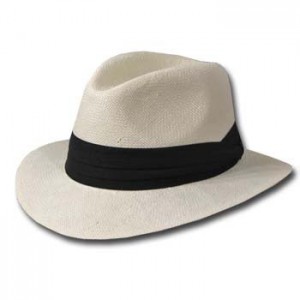 An Ultrafino Panama hat.  This is basically a fedora made out of lightweight material.  It is a blocked hat, so I will try not to crush it too much.  It is a more formal hat, with a traditional pleated puggaree.  It is a super light hat and stays on pretty darn well, even is windy condition.

Wearing hats makes me realize why they went out of fashion, most look pretty silly when worn with t-shirts and jeans, the standard clothing for most Americans.  I usually wear button down shirts and don’t even own a pair of jeans, so I can wear a hat and not look too foolish.  Another reason I see why hats went out of style is cars now all have safety headrests.  Great of avoiding whiplash, kind of annoying when it comes to the brim of your hat rubbing against it.

Any other hat wearers out there?

Posted by admin on March 29, 2012 in Fashion, General Comments